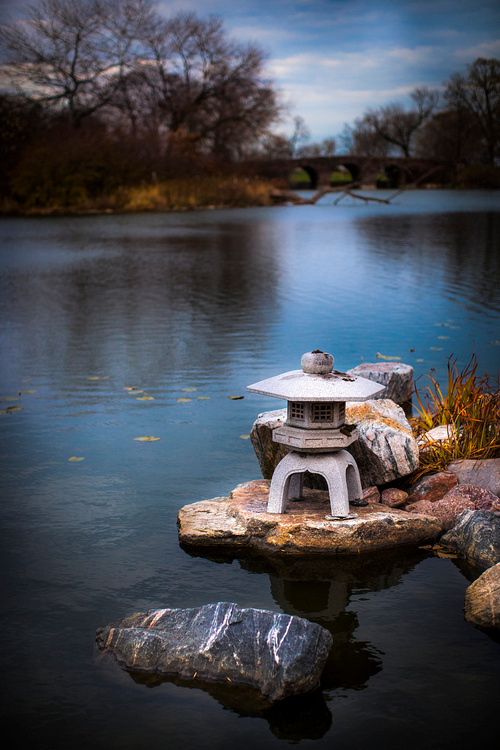 Recently, Karen and I took a trip to a hidden gem in Chicago: the Osaka Garden in Jackson Park, just behind the Science and Industry Museum.

Originally built for the 1893 World's Columbian Exposition, the Osaka Garden is a formal Japanese Garden that is tranquil and beautiful. Although not large, it is easy to spend a goodly amount of time lingering and taking it all  in.

On the day we went, we were lucky to be the only visitors for the majority of out time there. Naturally, I had my camera in hand and made several photos.

This photo caught my eye not only because of the interesting juxtaposition between the traditional Japanese elements and the decidedly non-Japanese bridge in the background, but also because of the quality of the light as they overcast sky created one huge soft-box.