Red Rider (and the Reward of Patience) 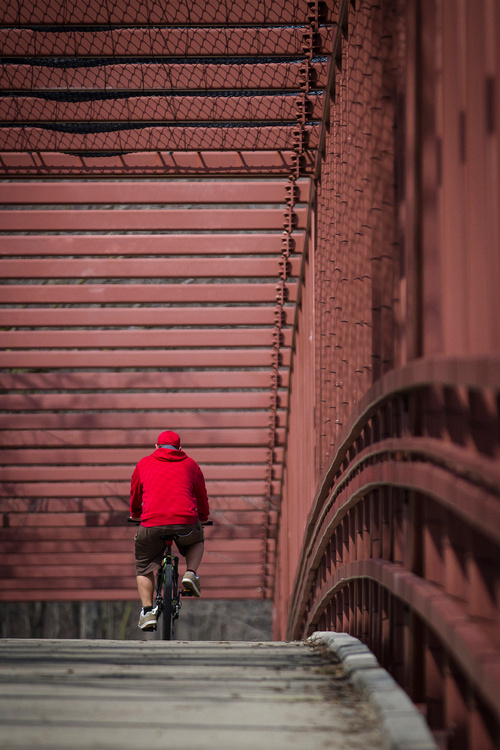 While walking on a trail through a forest preserve, I saw this bridge and loved the lines, shapes, and patterns it provided. Although it was visually interesting, the scene needed something else. A few minutes later I saw this gentleman approaching on his bicycle, all decked out in red. I had a feeling this was what I was waiting for. As he passes, I put camera to eye and fired off a few frames. This was the one that I liked the most. This was just one more instance of patience paying off. Had I just packed up and moved along with the initial shots of the bridge, I would have been happy. But having invested a few minutes in waiting, I was rewarded with this entirely different shot which, in my opinion, is much stronger because it adds not only a pop of great color but also a human element.